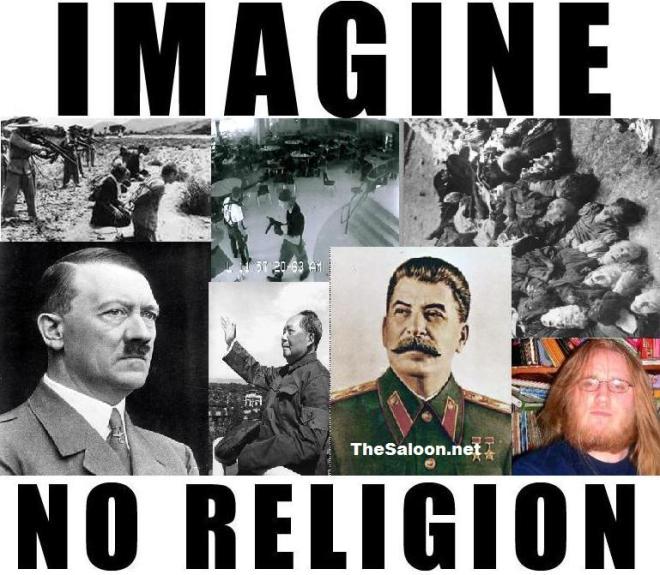 “People who don’t like their beliefs being laughed at shouldn’t have such funny beliefs.” -Unknown

The trouble with religion is it brainwashes people into a false belief. It’s a cult of lies. Even recovering Catholics are still struggling with brainwashing on a mostly subconscious level. Belief fills in the gaps where we want to KNOW something we don’t yet know. And when we do finally know, the religious people’s mind are closed to truth because their belief has become truth to them. Most religions are made from esoteric ancient wisdom stolen by governments and altered to control the population. The gnosis and truths have been replaced by political powers for their agenda. Religion is politics, the main cause of division and war. It’s 2,000 year old mythology and has no place in modern society. Modern people in bulk are just too stupid to understand the esoteric meaning, so throw it out and keep the baby.

That baby is what they call god. It’s the invisible Consciousness that we can’t see. It is made of information and interacts with our minds to create an experience as a temporary human being that seems solid and real. This is so that consciousness can experience Itself. It was called Sophia before Rome took Sophia out of the scriptures. Sophia means wisdom, it’s the root of the word philosophy. This mythology is the way the ancients spoke about that invisible Consciousness. The felt the sun was an allegory of what the nature of this invisible force was. This was ancient science, not religion. Religion is fabrication by the state/regime. I don’t consider myself am Atheist, but I’m very anti-religion. Most of the harm and trauma suffered by mankind is a result of religion. Those beliefs feed the ego and those people don’t want to be wrong or challenged by truth. Religion is anti-life.

Science on the other hand has been very materialistic and ignores the invisible because they can’t measure or test it. They were persecuted for many centuries by the Vatican and when they broke away they stayed away from anything remotely mystical. This is unfortunate because the two go hand in hand with the nature of reality. The Buddha said in 500b.c.e. that all was an illusion. Today quantum physics says the same thing. There is no such thing a solid matter.

Our minds are receiving information from the Source that religious people call god. By that logic this means I am god, and so are you. God is interacting in us to animate and sustain this virtual reality experience. There is no such thing as death. I Am Becoming. We are evolving into Love. No religion will tell you this. Tithing meant to give 10% of your ego’s mind to god. It had nothing to do with money, that’s religion. To not eat the flesh of swine meant to not consume the gossip and life style of the lower animal ego. It had nothing to do with not eating pork. Once esoteric becomes exoteric it becomes the cult of religion. These are the people that are keeping mankind from growing up. There’s so damn many of them too. Like stupid unthinking herds of cattle. They censor opposing views, negating free speech. They say religion does some good and ignore all the dark history of that same organization. The believe a false history, do not study their own religions history, have closed minds. Their faults are too numerous to list. The history of torture, murder, genocide, pedophilia, corruption etc. makes for a large volume of ignored facts. Religion does nothing god for mankind. Mankind has suffered through religion and is emerging on the other side of this dogma. We were not meant to be subjects of Mind Control. We are Divine Creativity, we are the christs and buddhas the ancients talked about. It wasn’t misunderstood at the time they spoke it, it was altered by orthodox religion for political purposes. The matrix is deception, we have Intuitive Self gnosis and awareness built into us. Use it! Love one another, because physics proves that we are each other. We are One and the same. If that is hard for you to grasp, learn – grow – understand the Truth that is inside and outside of you. 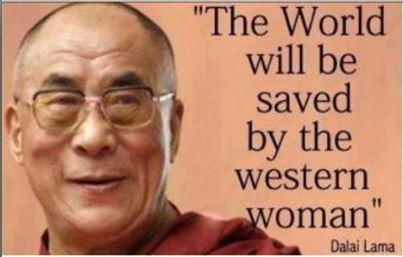