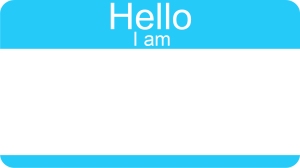 “Who am I? If you think life is a meaningless accident, your perceptions of the complex world around you will likely be biased toward seeing the meaningless and absurd. If you believe in original sin and the great difficulties of finding salvation, your perceptions will likely be biased toward seeing your own and others’ failures. Our beliefs about who we are and what our world is like are not mere beliefs – they strongly control our perceptions. We can gain more control by finding out what we believe and how those beliefs affect us. “
— Prof. Charles Tart in his thought-provoking essay “Who Am I?”

The question is an eternal one. If you don’t answer it, you may never be able to distinguish between what your essential self wants and what other people manipulate you to want. Each of us may do best to answer it for himself or herself. Yet the answers given by others do affect the way we approach (or avoid) this question. Several general types of answers have been offered.

The most traditional answer in Western culture is that you are a creature, a creation of God, a creation that is flawed in vital ways. Conceived and born in original sin, you are someone who must continually struggle to obey the rules laid down by that God, lest you be damned. It is an answer that appears depressing in some ways. One the one hand, it can lead to low self-worth and the expectation of failure. On the other, it can lead to the rigid arrogance of being one of the “elect.” Further, this view doesn’t much encourage you to think about who you really are, as the answer has already been given from a “higher” source.

The more modern answer to “Who am I?” is that you are a meaningless accident. Contemporary science is largely associated with a view of reality that sees the entire universe as totally material, governed only by fixed physical laws and blind chance. It just happened that, in a huge universe, the right chemicals came together under the right conditions so that the chemical reaction we call life formed and eventually evolved into you. But there’s no inherent meaning in that accident, no spiritual side to existence.

I believe that this view is not really good science, but rather what we believe to be scientific and factual. More important, it’s a view that has strong psychological consequences. After all, if you’re just a mixture of meaningless chemicals, your ultimate fate – death and nonexistence – is clear. Don’t worry too much about other people, as they are just meaningless mixtures of chemicals, too. In this view, it doesn’t really matter if you think about who you really are – whatever conclusions you arrive at are just subjective fantasies, of no particular relevance in the real physical world.

Psychologically speaking, this materialist view of our ultimate nature leaves as much to be desired as does the born-into-original-sin view. As a psychologist, I stress the psychological consequences of these two views of your ultimate identity, because your beliefs play an important role in shaping your reality. Modern research has shown that, in many ways, what we believe affects the way our brain constructs the world we experience. Some of these beliefs are conscious. You know you have them. Yet many are implicit – you act on them, but don’t even know you have them.

If you think life in general is a meaningless accident, your perceptions of the complex world around you will likely be biased toward seeing the meaningless and absurd. Seeing this will in turn reinforce your belief in the meaninglessness of things. If you believe in original sin and the great difficulties of finding salvation, your perceptions will likely be biased toward seeing your own and others’ failures, again reinforcing your belief in a self-fulfilling prophecy. Our beliefs about who we are and what our world is like are not mere beliefs – they strongly control our perceptions. So we can gain more control by finding out what we believe and how those beliefs affect us.

Between the traditional religious and materialistic views of who you are, there are a variety of ideas that embrace elements of each which include rich possibilities for personal and social growth. The common element in these other views is that life and the universe do have some meaning and that each of us shares in some form of spiritual nature. Yet they also recognize that something has gone wrong somewhere. We have “temporarily” lost our way. We have forgotten the essential divine element within us and have become psychologically locked into a narrow, traditional, religious or materialist views.

There is an old Eastern teaching story that illustrates this – the story of the Mad King. Although he is actually the ruler of vast dominions, the Mad King has forgotten this. Years ago he descended into the pits of the dankest cellar of his great palace, where he lives in the dark amongst rags and rats, continually brooding on his many misfortunes. The king’s ministers try valiantly to persuade him to come upstairs into the light, where life is beautiful. But the Mad King is convinced these are madmen and will not listen. He will not be taken in by fairy tales of noble kings and beautiful palaces!

We have a lot of evidence in modern psychology to show how little of our natural potential we use and how much of our suffering is self-created, clasped tightly to our bosoms in crazed fear and ignorance. Yet the ministers do carry a light with them when they come down into the cellar, and they do bring the food which keeps the king alive. Even in his madness, he must sometimes notice this. In the real world, events keep occurring that don’t fit into our narrow views, no matter how tightly we may hold them, and sometimes these events catch our attention.

So-called psychic phenomena are like that. They certainly don’t fit a materialistic view, just as they challenge the traditional religious view held by many that this kind of phenomena only happened thousands of years ago, and are thus to be believed, but not pondered.

Psychic phenomena are disturbing to both the traditional religious and materialistic views of who we are. It is one thing to consider abstractly that our true identity may be more than we conceive, or that our universe may be populated with other non-material intelligences. It is quite another thing, with channeling for instance, when the ordinary looking person sitting across from you seems to go to sleep, but suddenly begins speaking to you in a different voice, announcing that he is a spiritual entity who has temporarily taken over the channel’s body to teach you something!

Now you have to really look at what’s going on. Who is that so-called “entity?” Who is that person who channels? If someone else can have his or her apparent identity change so drastically, do we really know who they are? Can I even be sure about who I am? If you have been conditioned to believe that who you are is meaningless or inherently bad or sinful, you might not welcome this stimulation that the phenomena of channeling gives to the question “Who am I?”

We have many ways of psychologically defending ourselves against dealing with things that don’t fit into our organized and defended world. You could just say, “This person is crazy, or maybe even deliberately faking this stuff.” It’s a good defense, for of course there are some people known as channels who are probably just crazy or deliberately faking it. The best lies usually contain a very high proportion of truth.

You could also just naively accept whatever the ostensible channeled entity says. “Yes, you are Master Shananangans from the 17th planet of the central divine galaxy Ottenwelt. Teach me Master, I hear and obey.” This overenthusiastic acceptance can be just as much of a defense against deeper thinking and questioning as overenthusiastic rejection.

Channeling and other psychic phenomena are having a great impact on our culture today. We can use this impact for personal and social growth if we are willing to think about the deeper implications, and examine the things we take for granted about our inherent nature.

If we just believe or disbelieve without really looking, this opportunity will be lost. Read, reflect, examine your own beliefs, argue, go meet some psychics or channels. Perhaps you will decide that they are “real.” Perhaps you will decide they are not “real” in the ordinary sense of the word, but are somehow psychologically or spiritually real or important. Perhaps you will decide that some (or most or all) of this stuff is really crazy. But in the process, you will learn a lot about who you are, and who we are.
Note: The above essay is an edited version of Charles Tart’s foreword to Jon Klimo’s well researched and intriguing book titled Channeling. For a powerful essay inviting you to open to more fluid intelligence and transparency, click here. For excellent evidence that there may be more to ESP than meets the eye, click here.