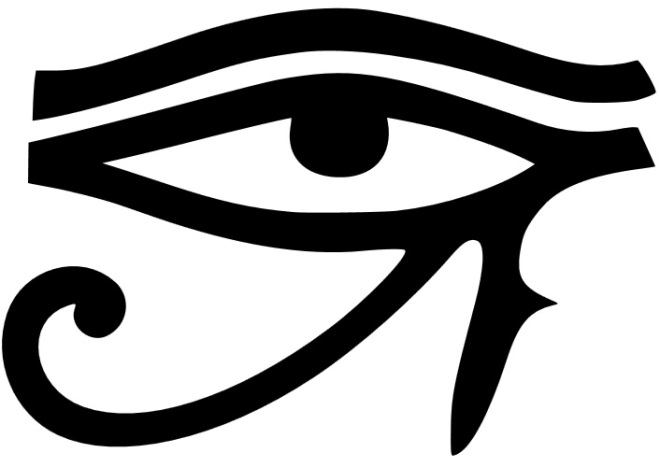 Horus was known by many names such as The Truth, The Light, God’s Anointed Son, The Good Shepherd, The Lamb of God, and many others.

“Horus was born on December 25th”

The December 25th, the winter-solstice, birth of the sun god is a common theme in many cultures around the world over the past millennia.

“Horus was born of a virgin”

The Egyptian Goddess was the Great Virgin (hwnt) the Mother of the God, and was the object of the very same praise bestowed upon her successor Mary, Virgin Mother of Jesus. – Bonn Dr. G. Johannes Botterweck

Three Kings:  Three Kings are the stars in Orion‘s belt: They are anmed “Mintaka, Anilam and Alnitak.”

The age of 12 refers to the sun at high noon, the twelfth hour of the day, when the God Sun is doing his heavenly father‘s work.

Concerning the sun god‘s nightly journey back to life, Egyptologist Dr. Jacobus Van Dijk of the University of Groningen says that ―according to the Pyramid Texts, the sun god purifies himself in the morning in the Lake of the Field of Rushes. Thus, the morning sun—or Horus—was said to pass through the purifying or baptismal waters to become reborn, revivified or resurrected.

”Horus had 12 disciples he traveled about with, performing miracles such as healing the sick and walking on water.”

Horus is thus firmly associated with 12 star gods, who, in conducting the sun god through his passage, can be deemed his ―protectors, assistants or helpers.

…in the tenth hour of the Amduat, Horus the Elder leaning on his staff is depicted as leading the 12 “drowned” or lost souls to their salvation in the “Fields of the Blessed.” These 12 deceased, Hornung relates, are “saved from decay and decomposition by Horus, who leads them to a blessed posthumous existence…” In this manner, Horus’s companions, like the disciples of Jesus, are meant to “become like gods,” so to speak, and to exist forever, reaping eternal life, as do those who believe in Christ.

Now, probably the most obvious of all the astrological symbolism around Jesus regards the 12 disciples. They are simply the 12 constellations of the Zodiac, which Jesus, being the Sun, travels about with. In fact, the number 12 is replete throughout the Bible.

“After being “betrayed” by Typhon, Horus was “crucified,” buried for three days, and thus, resurrected.”

This symbolic imagery of a person on a cross or in cross-shape was fairly common in the Pagan world, concerning many gods, goddesses and other figures.

These pre-Christian or non-Christian gods on a cross were what was being discussed around 150 AD/CE by Church father Justin Martyr (First Apology, 21):
”And when we say also that the Word, who is the first-birth of God, was produced without sexual union, and that He, Jesus Christ, our Teacher, was crucified and died, and rose again, and ascended into heaven, we propound nothing different from what you believe regarding those whom you esteem sons of Jupiter.”

Catholic scholar Dr. Botterweck states:
”…In a sun myth the sun is swallowed up by the western part of the sea and then rises again. This myth is “historicized and re-neutralized in Jonah, as…Jonah replaces the sun and the ‘great fish’ plays the role of the sea.” On the other hand, the period of time Jonah stayed in the belly of the fish suggests a moon myth, and calls to mind, among other things, Inanna’s descent into the underworld…”

As Horus who manifests himself in the sun goes to rest in the evening and awakes from the sleep of death in the morning, so do death and resurrection seem to be equally inevitable and natural.

From the ancient hieroglyphics in Egypt, we know much about this solar messiah. For instance, Horus, being the sun, or the light, had an enemy known as Set, and Set was the personification of the darkness or night (sunSet). And, metaphorically speaking, every morning Horus would win the battle against Set—while in the evening, Set would conquer Horus and send him into the underworld. It is important to note that “dark vs. light” or “good vs. evil” is one of the most ubiquitous mythological dualities ever known and is still expressed on many levels to this day. Egyptologist Dr. Jan Assman

The sun, with its life-giving and saving qualities was personified as a representative of the unseen creator or god — “God’s Sun”

The sun was NEVER worshipped as a material ball of fire in the sky by any Pagan, ever. It was seen as symbolically having the attributes of the unknowable God/Creator/Us or whatever you want to call the un-namable. Ha! Wow. Well, it cannot be named! The story of the sun has always been personified, and there are numerous sun-gods in history. Jesus is just one of many, and the others came BEFORE him. Jesus is the greatest story ever sold, and without Roman influenced dogma everyone would see how beautiful and meaningful the jesus myth was meant to be.

Horus lives on even today. We’re always aware of the time, but not that ‘hours’ comes directly from the name Horus. Horizon is also from the name Horus. How did all these over 20 early man-god sun figures become known as mythical but the last myth,  created from the others,  is literally true? God is in everything, and everything is in God. It’s an energy without substance and it’s in me/you. I am that I am. We are.