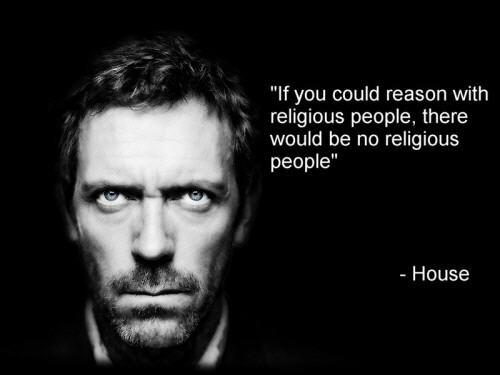 I have become convinced that the Pagan Mystery Schools in pre-Christian times had a firm grasp on the Truth and Nature of Reality. Those teachings were stolen and were slowly phased out to common folks, to prevent them from KNOWING that they themselves were indeed Divine Immortal Beings that contained within and without them the spark of Consciousness that has become known by the word God. No one can pass this knowledge on to others. It is an Intuitive Truth that must be personally experienced. Otherwise you will ”believe” in someone else’s experience (or someone else’s deception, as is proven by Joe Smith’s Book for Morons, Scientology by Ron L Hubbard or Christianity by Constantine. Everyone has before them the blue pill and the red pill, or in other words, a choice: however freedom is not a gift to those who prefer slavery. The following notes were for my own use and not sourced as should be for public consumption. But what the hell,  I think a lot of the material is from mountainman.com, an excellent website. I do not debate ”believers.” Belief closes the mind and takes the place of truth. One cannot argue with this kind of ignore-ance.  To worship the exoteric that passes as history is to ignore the esoteric and miss the mystical Truth and symbolic meaning that for most remain hidden in the Canonized adulterated/mutilated scriptures. Jesus is so obviously symbolic of the sun, and the sun is symbolic of the attributes of ‘god.’ To miss this is to live an entire life enslaved in a fictional reality as a fictional ego based person. (Person, from the Roman-Greek word Persona, a fictional human, masked, actor). Emperor Julian, who with first hand knowledge of what his Uncle Constantine did, wrote down only 40 years later the following:

”It is, I think, expedient to set forth to all mankind the reasons by which I was convinced that the fabrication of the Galilaeans is a fiction of men composed by wickedness. Though it has in it nothing divine, by making full use of that part of the soul which loves fable and is childish and foolish, it has induced men to believe that the monstrous tale is truth.
”It is worth while to recall in a few words whence and how we first arrived at a conception of God; next to compare what is said about the divine among the Hellenes and Hebrews; and finally to enquire of those who are neither Hellenes nor Jews, but belong to the sect of the Galilaeans, why they preferred the belief of the Jews to ours; and what, further, can be the reason why they do not even adhere to the Jewish beliefs but have abandoned them also and followed a way of their own. For they have not accepted a single admirable or important doctrine of those that are held either by us Hellenes or by the Hebrews who derived them from Moses; but from both religions they have gathered what has been engrafted like powers of evil, as it were, on these nations – atheism from the Jewish levity, and a sordid and slovenly way of living from our indolence and vulgarity; and they desire that this should be called the noblest worship of the gods.” 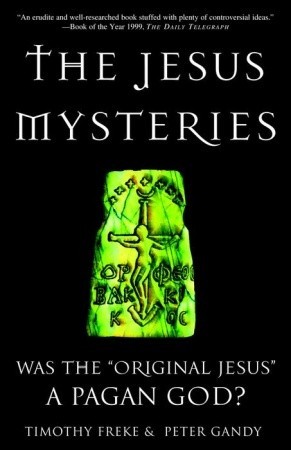 “Our new account of the origins of Christianity only seemed improbable because it contradicted the received view. As we pushed further with our research, the traditional picture began to completely unravel all around us. We found ourselves embroiled in a world of schism and power struggles, of forged documents and false identities, of letters that had been edited and added to, and of the wholesale destruction of historical evidence.”

The Great Cover Up (Except from Chapter 1)

(P.12) Our new account of the origins of Christianity only seemed improbable because it contradicted the received view. As we pushed further with our research, the traditional picture began to completely unravel all around us. We found ourselves embroiled in a world of schism and power struggles, of forged documents and false identities, of letters that had been edited and added to, and of the wholesale destruction of historical evidence. (P.13) We focused forensically on the few facts we could be confident of, as if we were detectives on the verge of cracking a sensational ‘whodunnit’, or perhaps more accurately as if we were uncovering an ancient and unacknowledged miscarriage of justice. For, time and again, when we critically examined what genuine evidence remained, we found that the history of Christianity bequeathed to us by the Roman Church was a gross distortion of the truth. Actually the evidence completely endorsed the Jesus Mysteries Thesis! It was becoming increasingly obvious that we had been deliberately deceived, that the Gnostics were indeed the original Christians, and that their anarchic mysticism had been hijacked by an authoritarian institution which had created from it a dogmatic religion – and then brutally enforced the greatest cover-up in history.

One of the major players in this cover-up operation was a character called Eusebius who, at the beginning of the fourth century, compiled from legends, fabrications and his own imagination the only early history of Christianity that still exists today. All subsequent histories have been forced to base themselves on Eusebius’ dubious claims, because there has been little other information to draw on. All those with a different perspective on Christianity were branded as heretics and eradicated. In this way falsehoods compiled in the fourth century have come down to us as established facts.

Eusebius was employed by the Roman Emperor Constantine, who made Christianity the state religion of the Empire and gave Literalist Christianity the power it needed to begin the final eradication of Paganism and Gnosticism. Constantine wanted ‘one God, one religion’ to consolidate his claim of ‘one Empire, one Emperor’. He oversaw the creation of the Nicene creed – the article of faith repeated in churches to this day – and Christians who refused to assent to this creed were banished from the Empire or otherwise silenced.

P.14) This ‘Christian’ Emperor then returned home from Nicaea and had his wife suffocated and his son murdered. He deliberately remained unbaptized until his deathbed so that he could continue his atrocities and still receive forgiveness of sins and a guaranteed place in heaven by being baptized at the last moment. Although he had his ‘spin doctor’ Eusebius compose a suitably obsequious biography for him, he was actually a monster – just like many Roman Emperors before him. Is it really at all surprising that a ‘history’ of the origins of Christianity created by an employee in the service of a Roman tyrant should turn out to be a pack of lies?

(P.15) To dare to question a received history is not easy. It is difficult to believe that something which you have been told is true from childhood could actually be a product of falsification and fantasy. It must have been hard for those Russians brought up on the tales of kindly ‘Uncle Joe’ Stalin to accept that he was actually responsible for the deaths of millions. It must have strained credibility when those opposing his regime claimed that he had in fact murdered many of the heroes of the Russian revolution. It must have seemed ridiculous when they asserted that he had even had the images of his rivals removed from photographs and completely fabricated historical events. Yet all these things are true.

It is easy to believe that something ‘must’ be true because everyone else believes it. But the truth often only comes to light by daring to question the unquestionable, by doubting notions which are so commonly believed that they are taken for granted. The Jesus Mysteries Thesis is the product of such openness of mind. When it first occurred to us, it seemed absurd and impossible. Now it seems obvious and ordinary. the Vatican was constructed upon the site of an ancient Pagan sanctuary because the new is always built upon the old. In the same way Christianity itself has as its foundations the Pagan spirituality that preceded it. What is more plausible than to posit the gradual evolution of spiritual ideas, with Christianity emerging from the ancient Pagan Mysteries in a seamless historical continuum? It is only because the conventional history has been so widely believed for so long that this idea could be seen as heretical and shocking.

Source: The Jesus Mysteries: Was the “Original Jesus” a Pagan God?