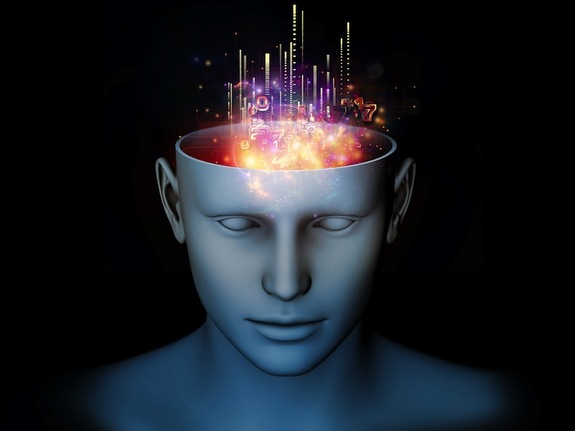 Tradition and culture – are they a good thing?

The origin of the word tradition is from the French: ‘tradicion’, a belief or custom that has been passed on. From Latin, the word is ‘tradere’ which means the same as the French, but it also has another meaning: to betray, from the word ‘traduce’. Whenever a response to a challenge comes from mind, the memory-senses complex, that response is incomplete and so, a betrayal of the present.

Intelligence is the mysterious expression of all that exists. This natural affinity also exists between consciousness and mind.

In ancient times there were groups of people who responded to life’s challenges from the pristine consciousness, Nature’s conduit between consciousness and Intelligence. These groups did not indulge in the accepted tradition of carrying over what had been repetitiously passed on, but rather responded with pristine clarity – that which is self-evident. They were carrying on the original intent of the relationship, the consciousness-Intelligence bonding. That relationship cannot be discerned by mind. Their fruits are of a different taste. Because they were mis-understood by many, they were called religious and spiritual cultists. They were by natural intent true traditionalists. They marched to the beat of a different drummer.

The origin of the word ‘culture’ is from the Middle English, denoting a cultivated piece of land. From the Latin it means ‘growing, cultivation’. From sixteenth century Middle English arose the terms: cultivation of mind, faculties and manners. As a result of this cultivation we became civilized societies. We entered into various groups with different ideals, beliefs and philosophies. The separation of consciousness from Intelligence (humanity’s original fall) led to our never ending culture wars.

The Function of Mind

The primary function of mind is to record and store what consciousness experiences and then relay (via the pristine senses) to consciousness whenever there is a request. Unfortunately, this function is scarcely operational. What we presently experience is a political operational system where life’s challenges are interceded by mind to empower its delusional fantasies.

From birth we are cultivated by society’s most prestigious and respected institutions. Their purpose is to advance (through indoctrination) the mind’s deceptions. Whatever culture we are raised in, we respond with similar thoughts and emotions. Our empirical imperial leader is mind. We are the clones and drones of all previous generations. We ask questions as if they are self-generated and not realizing that they are from answers given by family, friends and the various learning institutions.

We are told that we are original thinkers and have the ability to be creative. Many are born with gifts but creativity is scarce. What we may sincerely believe to be making individual choices is false. We are simply re-acting verbally and emotionally from our daily exploitations. We believe we are responding with the science of sound reasoning. As we presently function, that does not exist. Mind, as a recording, storing and relay system, cannot logically reason. It does not have conscious energy to support that assumption.

Mind sees and reasons only through the prism of its biased past.

Consciousness is not tangible. Mind as a tangible instrument of the physical organism can be pro-grammed, whereas consciousness cannot. What we have been told about mind, is a myth. The living organism cannot generate a single thought. It has no volition.

Thoughts are contained in vessels where the senses lie. They act as a receptacle for its stored images. Those images, falsely acting as independent agents, are seducing the consciousness into believing that what it believes is self-generated. The seduction ends when consciousness can let go its imaginary fears and has the courage to see how it has been duped. In its pristine state consciousness is incapable of fear. Fear is only of the mind. Our conscious fears are really those of mind. At all cost, mind must continue to have consciousness believe the hypnotic lie that consciousness is mind. Without that belief there is an altering of the functioning process. Consciousness now becomes first responder to all of life’s challenges.

There are no winners, only losses to our present responding process. Mind’s loss is the deterioration of the memory cells by its relentless pursuit of emotionally charged non-existent situations. Consciousness’s loss is by the acquiescence of being complicit to mind’s abhorrent machinations and not being faithful to its pristine nature. As a result of its false responses, consciousness suffers a state of un-easiness. That un-easiness is not a judgement but rather a state of conscience. Consciousness is the conscience of the living organism. Conscience is an indication that we have veered off-track.

We experience conscience when there are emotions of hate, anger, envy, greed, anxiety, frustration, excitement of all kinds, hope and hopelessness, etc. To observe with pristine clarity all of our daily challenges and neither accept nor reject what is shown, that is, without judgement or justification, then instantaneously there is a realization that those emotions are of the mind.

In the field where fact-based daily utilitarian information is needed by consciousness, mind’s co-operation is indispensable. By original design it never was meant to supplant consciousness’s role. Consciousness’s role is to lead in all of the decision making processes. This is possible only through the pristine observation process. This becomes self-evident by simply having the courage to look. So be courageous. The first step is also the last step.

That courage is my wish for you.

California-based Harry Krueger has spent the past 40 years working to awaken humanity to concepts of peace freedom and consciousness. When he was 35 years old, he discovered a book by Sri Krishnamurti (which he read 7 times in a row) and it changed his outlook and consciousness forever. Harry is now 85, and has never looked back.

Through his writing, Harry reveals the glorious reality of who we human Beings truly are, and offers insights to help us to break through the false identification of who we are not.

“Life is real (and only then) when living the attentive life”